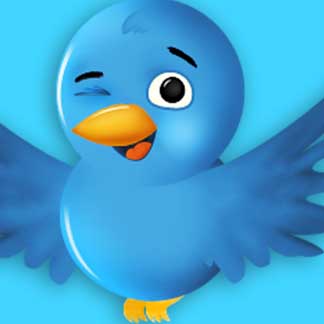 Hi, have a look at what's happening on Twitter and see how a single popular hashtag virally spreads other hashtags around.

Tweetchannel is currently an experimental project, sort of a research on a virtual version of the six degrees of separation theory.

Starting with a single hashtag, known as the seed, we fetch the most recent tweets and follow the other hashtags mentioned there. Then, for each one of those hashtags we create a listing and repeat the procedure excluding the hashtags already found but creating other pages for the newly found hashtags.

For the first run, the seed was "#picoftheday" check out all the conversations spawned from it browsing the tweet channels created by such a simple hashtag.

Mainly out of curiosity, even if it may be interesting to expand it to support traveling among the hashtags. Say: how long does it take for #cakes to cross with a conversation mentioning #justfriends?

What else can I do on TweetChannel?

Some pretty cool articles, actually. Twitter can be an overwhelming experience to new users that aren't familiar with how the social media platform works.

Twitter allows for almost total freedom for people to write or post short 140 character sentences about really, whatever they choose. However, it does have rules that must be followed in order to comply with the site when people are tweeting.

Beyond the standard no spam, no impersonation rules that Twitter lays out for its users, there really is no wrong way to use the microblogging site.

Nevertheless the four best practices outlined below are will enable users to not only enhance their Twitter experience, but also help them follow the not so black and white rules for practicing proper Twitter etiquette.

No matter why a person may use Twitter, it's important that they always keep one golden rule in mind for proper Twitter etiquette.

They always need to consider every tweet they write from another person's perspective, and look at the tweet objectively. Was the tweet polite, was it well thought out?

Could their boss, mother, or even children read the tweet and feel okay about it? If that doesn't matter to someone, they need to consider this: Twitter is a global and public platform that is a searchable and open to everyone.

Anything you tweet about has the potential to go viral. Going viral means a certain tweet can be re-tweeted and shared so many times it then becomes widespread, popular, and sometimes even globally recognized due to constant sharing from users. Heck, it may even end up in experiments such as this one!

Even if a person believes what they wrote is funny or witty, tweeting it to the public could stir negative affects, and prompt people to react.

That's why practicing good twitter etiquette and manners is important. Plus, people tend to react better to a positive message on social media. People should want to be viewed as a positive and friendly influence on Twitter, not negative. 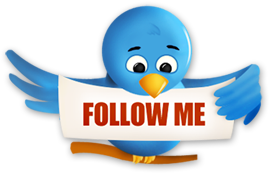 One thing that many people abuse most is the ability to send as many tweets as they want all of the time. This particular point is crucial to remember especially if twitter users want to grow their user circles and user following.

Users will stop following a person's profile or tweets if that person constantly tweets about what they had for dinner, or what they wore that day. It's a very important point to respect other people's time by posting relevant and interesting content.

Even if using for personal use, a person should really make sure to space their tweets out throughout the day and make sure that their followers would enjoy reading those tweets. Again, think from an objective point of view when you tweet. If your a heavy tweeter, a good rule of thumb is to keep your tweets down to one to four per hour. But, If you are in a conversation with one or more users, that rule doesn't usually apply.

While it might be fun to sit and watch a Twitter stream all day long and tune into others, it's vital when practicing good twitter etiquette to make an effort to engage with other people.

If using Twitter for personal use, a person could benefit greatly from finding people who share their interests, hobbies, or passions. One benefit being that a good relationship or partnership could be started.

Helpful information could be shared or communicated between both parties, ultimately increasing engagement. Also, if engaged with users with their own interests, then their own Twitter experience will be much more pleasant. Why? Because the feeds they receive can be more segmented to their interests and not just noise.

Also, make sure to respond to other people's tweets, Retweet, and share content. Pay-it-forward, because if you do, others will return the favor. Even if a user doesn't personally know the people they are looking to engage with, connecting with them can have many positive effects.

When writing a tweet don't obsess with grammar, flow or try to be smart. Just write it. It's the one golden rule: communicate a clear and concise message. Don' use abbreviations constantly because it could be hard for someones user following to read.

Also, its a good idea to always leave some space at the end of a tweet so others can add comments if they want. If possible, don't use up the entire 140 character limit Twitter gives you, leave an area for people to @reply or comment.

This can really encourage more engagement not only because easy to read, but short tweets are some of the best for sharing.